It’s that time of the week when we take a quick look at the top 10 box office films and find out which movies are doing well. Solo: A Star Wars Story goes straight in at number one taking over £6m at the UK box office. So let’s take a look in a little more detail, these are the figures for UK Cinema Charts May 25 2018.

With the Disney’s new Star Wars film at the top of the film charts that means Deadpool 2 drops to two with box office takings of £3.7m. Avengers: Infinity War slips one place to number three taking £1.2m.

Show Dogs is the other new entry inside the top 10 entering at five. On Chesil Beach climbs from eleven to eight this week. Blade Runner: The Final Cut continues to do well under its Secret Cinema release taking a rather impressive £227K whilst the Bank Holiday weekend seems to have given Peter Rabbit a new lease of life as it re-enters the top ten at number nine.

There’s still a lot of people who buy their films on DVD despite owning a HD television, with prices of blu-ray players available from as little as £55-60 now really is the a great time to upgrade. Many of your favourite films are now available fully restored on blu-ray, It’s surely time to experience vastly improved picture quality over DVD, once you have switched there really is no going back.

Some of the best deals around at the moment are listed below including an LG Bluray player for around £50. If you prefer a Sony you can pick up the BDP-S3700 can now be had for around £80, whilst if your budget will stretch a little further your can pick up a 4K Ultra HD Blu-Ray Disc Player for around £198.00 compared to its list price of £249.99.

That just abouts concludes our look at the UK Cinema Charts May 25 2018, come back next week to see whether Solo: A Star Wars Story can hold on to the number one spot on the UK Top 10 Film Chart.

I’ll leave you with a couple movie trailers starting with Solo: A Star Wars Story

and Blade Runner: The Final Cut.

Any ideas what's taken the top spot on at the … 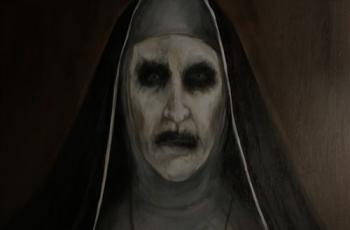 It’s time for a change at the top of the …