It’s that time of the week when we talk a little look at US Top 10 Movie Charts. Let’s talk about Star War more specifically Solo: A Star Wars Story which released in movie theaters around America over the weekend. It’s fair to day this is one film that has split opinion. One thing never in doubt was that it would take a consider amount of money at the box office, it is Star Wars after all.

That said whilst it did take over $84.4m it doesn’t come close to the last to big superhero films just out. Deadpool 2 for instance took over $125.5m whilst Avengers: Infinity War managed over $257.6m. I pretty sure Disney wanted more but considering all the negative press surrounding the film it’s done pretty well, I guess next week’s figures will tell just how well.

Many Star Wars fan don’t like the direction that Disney and Lucas Film are taking the franchise with many unhappy with The Last Jedi. Solo: A Star Wars Story has had a difficult time to with a change of director required bringing in Ron Howard to rescue a troubled production.

Let’s see how Solo: A Star Wars Story came out in come of the reviews.

There were no other new releases but we will take a look at the rest of the movie charts to see if there were any real movers. These are the figures for US Top 10 Movie Charts May 25 2018.

Oh wait did all the movies just drop one place due to Star wars? Deadpool 2 managed second week box office takings of over $43.4m meaning it has already taken a massive $200m to date.

Switching to the other big hitting superhero franchie / cashcow, I mean film sees Avengers: Infinity War with takings $17.2 and gross to date figures of $622.4m.

We will leave it there for now, that just about concludes the US Top 10 Movie Charts May 18 2018 don’t forget to check back next week to see if Solo: A Star Wars Story can hold on to the number one spot.

I’ll leave you with a couple of movie trailers starting with Solo: A Star Wars Story

And now for Deadpool 2 … 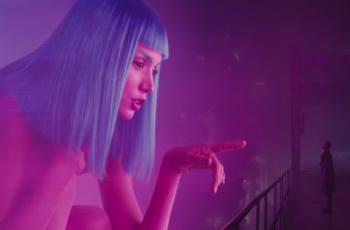