The next Nicolas Cage movie I’m reviewing is based on the true story of the ship of the same name during WWII. Do you know the story of the USS Indianapolis? If not then this film should give you an idea although it is only based upon true events. In any case should you consider picking it up on Blu-ray? Let’s take a look, so without further ado here’s my USS Indianapolis: Men of Courage blu-ray review.

The USS Indianapolis is given the job of transporting parts of the atomic bomb during the Second World War without any escort.

The film is directed by Mario Van Peebles whilst Andrzej Sekula takes responsibility for the cinematography. Clearly CGI effects have been used to recreate the look and feel of the heavy cruiser and aircraft. That said I found the overall look of the effects to be very good whilst the story is well paced.

The music is provided by Laurent Eyquem and the best thing I can say about it is its very fitting.

This is a film with several characters and all of the main cast turn in solid performances. Nicolas Cage is the Captain of the USS Indianapolis and it’s a role he excels in.

Although I’d never advise you to learn you history from Hollywood, USS Indianapolis: Men of Courage is a well made and told story I was unaware of before watching the movie. I found it to story full of interesting characters which probably bare no real resemblance to the real crew. That said it helps to keep you invested in the true story of the atomic bomb carrying Portland-class heavy cruiser the USS Indianapolis.

I recommend giving this one a look if you have the chance.

If you enjoyed my USS Indianapolis: Men of Courage blu-ray review so far you may want to check out the following films:

There are no issues to report in the picture quality department being a film from 2016.

On to my movie rating for USS Indianapolis: Men of Courage (2016)

USS Indianapolis: Men of Courage (2016) is available out now on blu-ray. 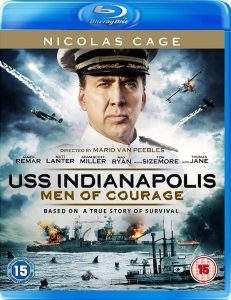 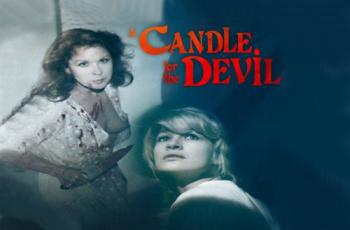 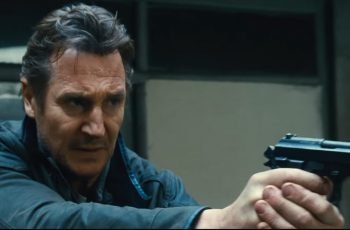 “Mmmm-hmmm! This is a tasty burger!”

Containing all four movies this release comes on 9 discs and includes the standard blu-ray version too!