The next movie in my Nicolas Cage movie season is the action thriller Vengeance (2017). Should you consider picking it up on blu-ray? Let’s take a look, so without further ado here’s my Vengeance blu-ray review.

When a single mother is gang raped in full view of her daughter policeman John Dromoor (Nicolas Cage) is quick to arrest the culprits. However following their court appearance it appears justice will not be served. This leads John Dromoor to take drastic action.

The films directed by Johnny Martin whilst David Stragmeister is responsible for the cinematography.

Nicolas Cage plays John Dromoor an ex-army turned police officer. He doesn’t have much in the way of dialogue but does have one or two good lines. That said this is a pretty solid Cage performance but not a memorable one.

Don Johnson plays a slick lawyer brought in to defend the accused men. He does this pretty well to be fair.

However the clear star of the film is Talitha Bateman who plays the young daughter Bethie Maguire. She delivers a truly fabulous performance putting the rest of the cast in the shade. Her character is extremely protective of her mother and strikes up a friendship with Nicolas Cage’s character. He see’s her as the daughter he never had. If anything they simply don’t share enough scenes together.

Vengeance (2017) is a highly unbelievable movie that I would rate as average. The acting is average with the exception of the fabulously talented Talitha Bateman as the young daughter. Her performance alone really elevates the average script to a film worth a look.

If you want to see Nicolas Cage take on the bad guys and win like Charles Bronson, Vengeance ticks that particular box.

Overall I’d say it’s not terrible and is certainly worth a look but don’t expect it to be a classic like Bronson’s Death Wish!

If you enjoyed my Vengeance Blu-ray Review so far you may want to check out the following films:

There are no issues to report in the picture quality department being a film from 2017. There are no extras included but I’m fine with that. 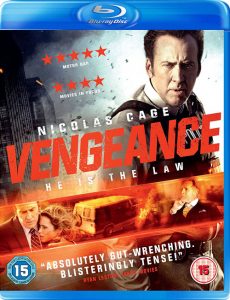 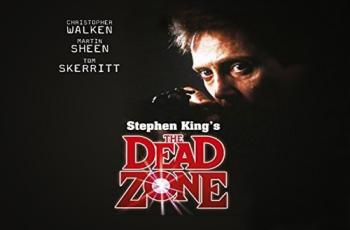 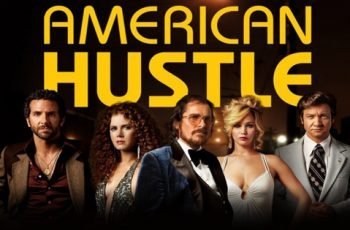