It’s time to take a look at a 2002 war film and one I’ve never seen before and it stars Nicolas Cage and is directed by John Woo. So without further ado here’s my Windtalkers blu-ray review.

Nicolas Cage is plays soldier Joe Enders during World War II, he suffers both physical and emotional damage when he loses his entire squad. Upon been cleared to return to action he is given the job of looking after Navajo code talker Pvt. Ben Yahzee. He is told that he cannot allow the Japanese to capture Yahzee and has to protect the code at all costs meaning killing the private rather than surrendering.

Will it really come down to Enders having to make that tough decision? You will need to watch the film to find out.

The film is directed by John Woo with the cinematography handled by Jeffrey L. Kimball. Woo really delivers an excellent action based film that really gives some idea of the hell that both sides faced. He achieves this with a mix of standard and action cam shots that really give the sense of total confusion and disorientation that occurs in war. It’s a really well shot film and one well worth watching.

The music is composed by James Horner fits the genre well.

Nicolas Cage is plays soldier, Sergeant Joe Enders during World War II in which he suffers both physical and emotional damage when he loses his entire squad.

Adam Beach is Private Ben Yahzee a Navajo code talker whom is placed in the protection of Joe and this is where the heart of the film lies. The two have a profound effect on each other but ultimately Joe may have to carry out orders that go against everything he stands for.

Both actors are excellent and keep you invested in their stories. The support cast is also excellent with the likes of Christian Slater and Mark Ruffalo keeping things interesting.

John Woo delivers a thoroughly engrossing story with plenty of action as you might expect. Meanwhile Nicolas Cage gives a splendid performance of a man seemingly on the edge and feels the need to get back into the fight no matter the cost but finds a Navajo code talker that begins to affect the way he views the war and his part in it.

Cage’s character appears at times to have no regard for his own life due to feeling responsible for the loss a squad under his command.

If you like my Windtalkers blu-ray review you may want to check out these films:

The films from 2002 so there are no issues with audio or picture quality. There are no extras included but thankfully the most important thing on any disc, the film is flawless.

Windtalkers (2002) is available now on blu-ray on Amazon although it’s a little hard to obtain this one I think it needs re-issuing.

That’s the Windtalkers blu-ray review, if you have any thoughts on this film you can leave them over on our Facebook page. 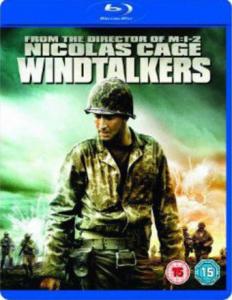 A thoroughly engrossing story with plenty of action 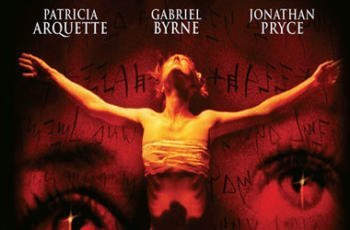 It's time for another Saturday night horror review, this time … 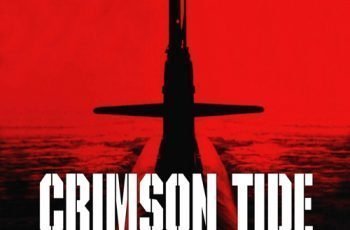 I’d have to say my favourite submarine film would have …