If you’re a lover of Italian horror then you may be interested in this new 88 Films blu-ray release. Zeder (1983) aka Revenge of the Dead is available now on blu-ray in the UK.

When a writer receives an old typewriter as a birthday present from his wife he discovers a series of typed letters on the typewriter’s ribbon. They reveal that bodies buried in K-zones can return from the dead.

Zeder aka Revenge of the Dead Collector’s Edition

88 Films state that this release has been remastered so hopefully it has excellent picture quality. There’s also a good set of extras including a booklet, poster, audio commentaries and plenty of interviews.

Remastered 2K Transfer in 1.85:1 Aspect Ratio from the Original Negative

Zeder aka Revenge of the Dead Deluxe Collector’s Edition is out now in the UK and is limited to just 3000 copies.

Are you a fan of Italian horror films? Will you be purchasing Zeder on blu-ray? Let me know over on the Popcorn Cinema Show Facebook page. 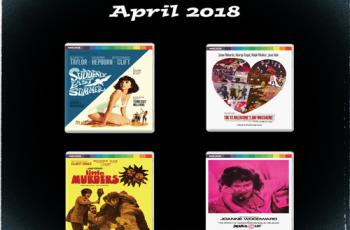 Here are the Indicator April 2018 Blu-ray releases which have …